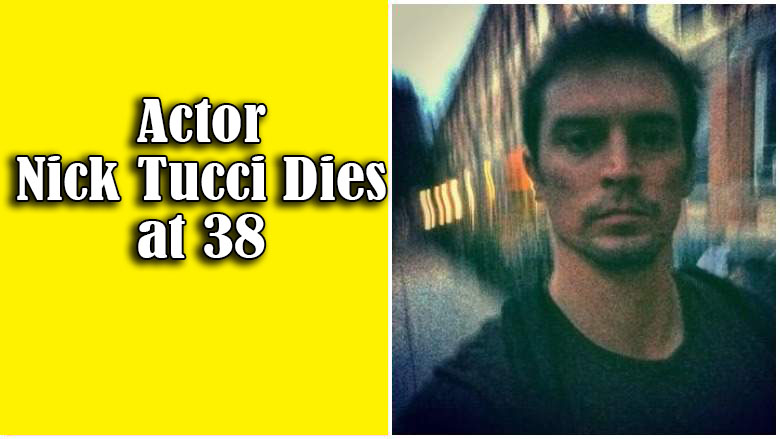 Nicholas Tucci was born and raised in Middletown, CT. He graduated from Middletown High School before attending Yale University where he earned a BA in theatre, and was a member of the Suite 13 sketch comedy group. He has appeared in various national theatrical productions including several original works and many by William Shakespeare. He also published many adapted and original screenplays, all mostly rooted in the horror genre. A lifelong avid fan of Stephen King, he owns a well-mannered Maine Coon cat named Church (after his favorite novel). Church is alive and well, and lives in Middletown, though on a busy highway.

Nick Tucci is an American Actor. At just 38 years old, Actor Nicholas Tucci, known to horror fans for his role in You’re Next and “Channel Zero: The Dream Door,” has passed away. The Connecticut star Nick Tucci, who starred in shows like “Homeland” and “Person of Interest”

Nick Tucci Cause Of Death

A post from Tucci’s father on Facebook confirmed the sad passing of the star. “On Tuesday, March 3, Nick died at the Smilow Cancer Hospital in New Haven, Connecticut. Nick chose to keep his illness private so that he could continue to pursue his professional and artistic dreams for as long as possible.”

Tucci’s father said that despite his son’s illness, he was able to continue to pursue his career by auditioning and going on location to shoot. Tucci’s father heartbreakingly thanks his son’s colleagues and fans saying, “To those of you in the film, television, and theater communities…thank you for guiding, encouraging, and supporting Nick. To those of you who enjoyed Nick’s work on the screen and stage…thank you for recognizing his talent and appreciating his efforts. To all…thank you for your gift of friendship to my son.”