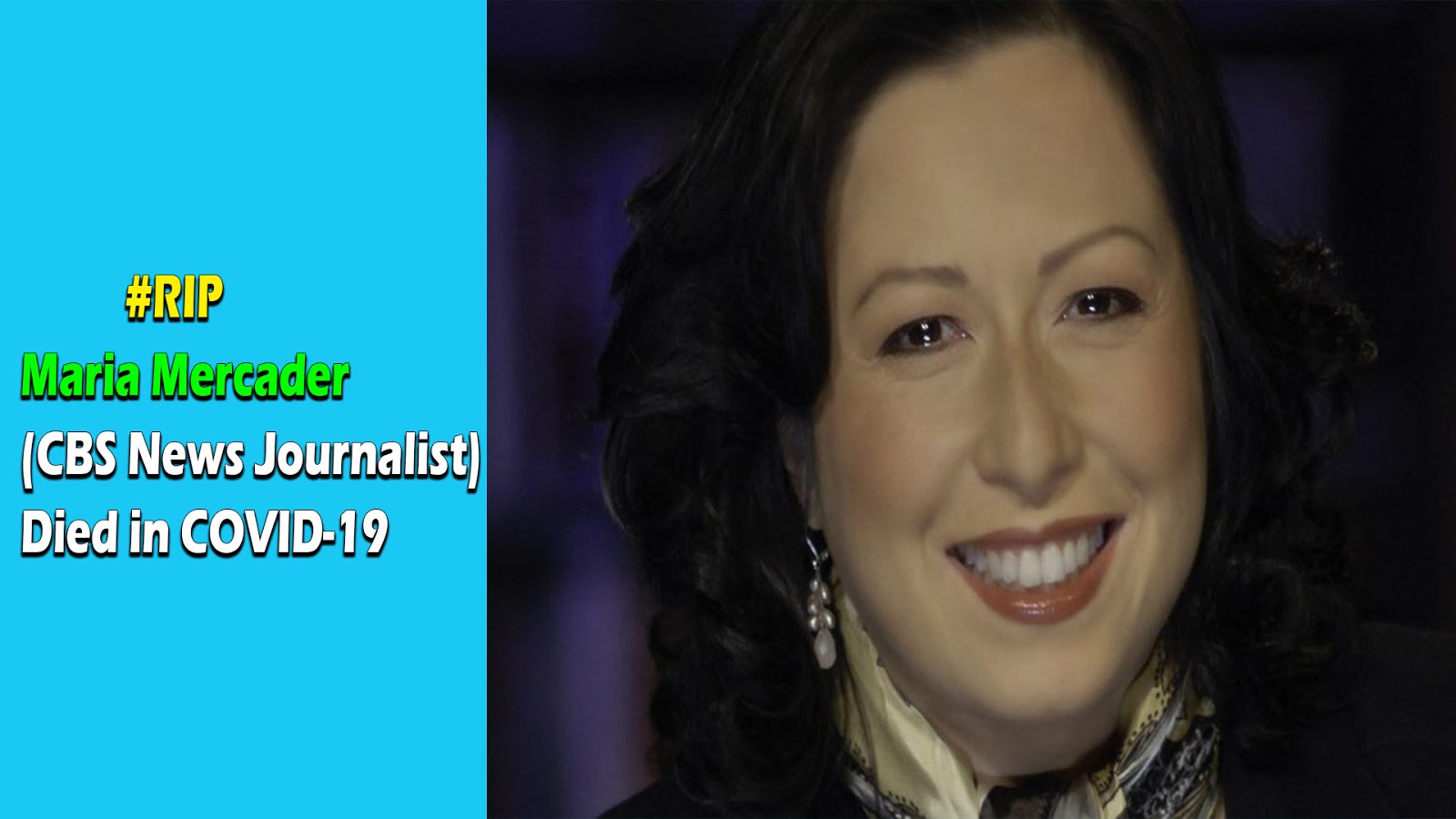 
According to Paula Reid, who revealed the tragic news on Facebook, Maria Mercader, an award-winning journalist for CBS News, passed away Sunday from coronavirus. 54 was the reporter and news producer based in Manhattan. She was a network analyst who spent nearly three decades covering breaking news, and most recently helped shape policy for correspondents and reporters on the network. For three decades, Mercader had a hand in most of the network’s international and domestic breaking news reporting, and helped shape the News Division’s talent strategy.

Keep @mariamercader in your prayers. 🙏🙏🙏
She’s on a ventilator in NYC. She means so much to so many people. That much is clear from the outpouring of support she’s receiving from all over. #PrayForMaria #CBSNews pic.twitter.com/J7tKED7cxo

Maria got her start in 1987, in the CBS Page Program, at CBS News. In her years working on international and national desks at the CBS News, Maria helped generate many of the biggest headlines, including Princess Diana’s death and the 9/11 attacks. In 2004 she won a Business Emmy for her work on a computer spam story called “CBS Sunday Morning.”

Mercador has been the Director of Talent Management at CBS News for the past four years but wore other hats with the station during her career. She worked her way up the ladder at CBS News after starting out as a writer, ultimately becoming a producer on the foreign desk for CBS News.

In 2014 Mercader, along with David Pogue and Doug Smith, received an Emmy on computer fraud for their CBS Morning report.

Ingrid Ciprian-Matthews, EVP of Strategic Professional Development, CBS News Said
The Maria we are privileged to call family and friend knew better than most the power of relationships, loyalty, faith, kindness, perseverance and a smile, even when a smile defied the darkness of the moment,

Sympathies to our CBS friends and Maria Mercader’s family and loved ones. https://t.co/3mfgqBTTW9

Her notable professional contributions are part of the CBS Archives, but it is her magnificent human spirit that touched so many of us, that will stay with us forever.

On 29 March 2020 Maria Mercader died from coronavirus (COVID-19). She is 54 years old and died. Mercader, according to network “had been on medical leave for an unrelated matter since the last week in February.”  For over 20 years Mercader has battled cancer and associated diseases.

CBS News President Susan Zirinsky has said in a memo about Mercader: If you knew Maria, you loved her. She inspired everyone with the power of her spirit in the face of a serious illness many would have succumbed to long ago. She endured harsh treatments and long hospitalizations, each time returning to the office triumphant.”

According to Paula Reid, who announced the sad news on Twitter

Maria Mercader, a career journalist at CBS New who had a hand in much of the network’s breaking coverage of foreign and domestic breaking news for three decades and lately help shared talent strategy fro the News Division, died today from the COVID-19 coronavirus in a New York hospital. She had been on medical leave for an unrelated matter since the last week in February.