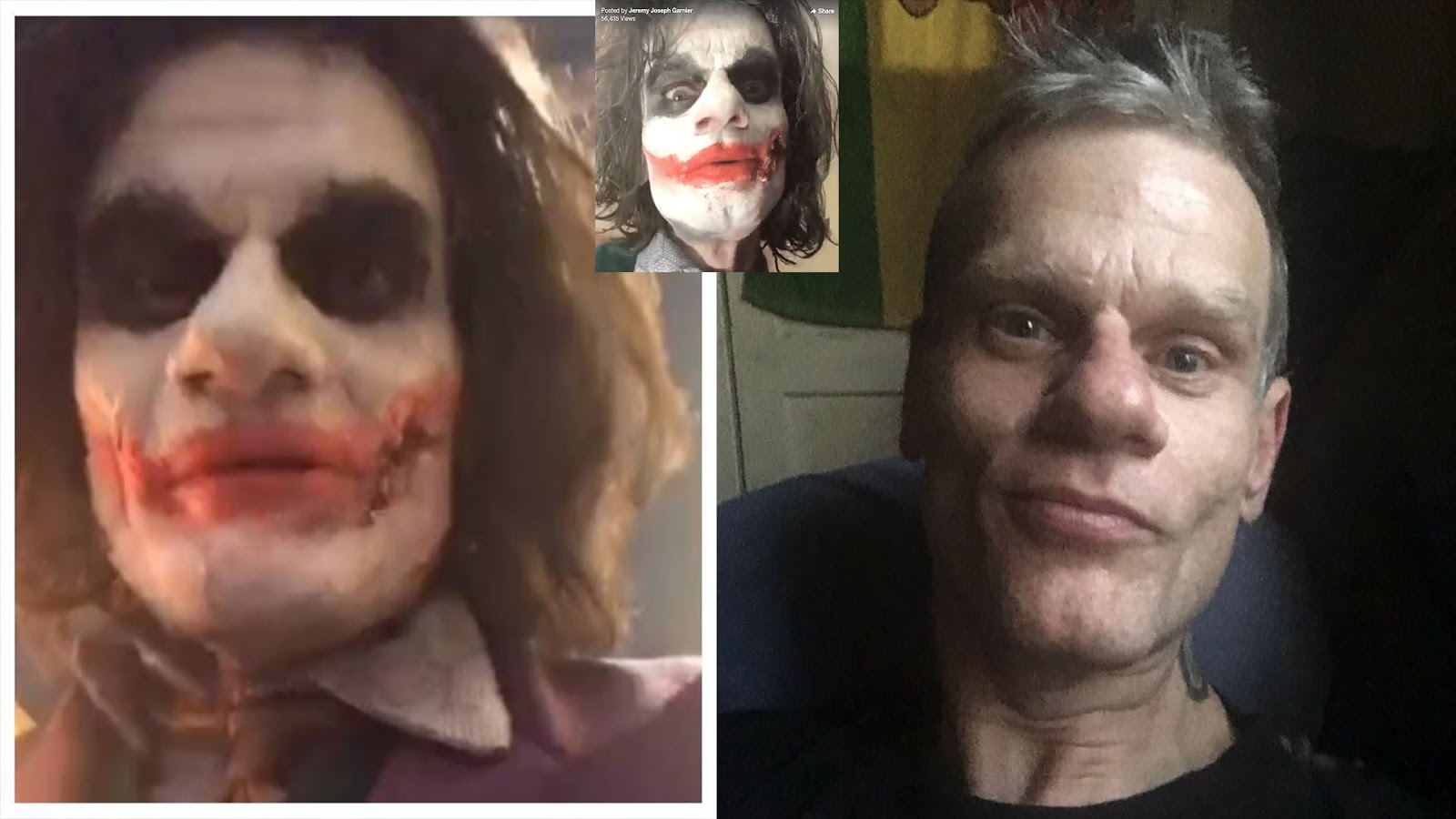 Jeremy Garnier is a St. Louis suburban man who has been charged with terrorism as the Batman character the Joker, accused of live streaming threats to attack and kill people in a busy entertainment district.

University City’s Garnier was charged with a felony count of creating a terrorist threat on Tuesday. A judge ordered Garnier to be held without bail, with court documents pointing out that he was a “danger to the community.” Court records did not list an attorney who could speak for him.

The guy stalks around a Missouri music venue, dressed in a long purple coat and smeared makeup like the Joker character of Heath Ledger in “The Dark Knight” He holds up a giant magnifying glass while streaming himself live on Facebook and emits a nervous giggle. Off-screen, someone asks what he’d like to drink. Joker asks for Demo. 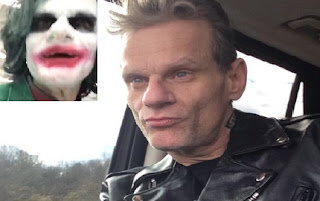 He says. “I can’t be inebriated when I’m planning on killing a bunch of people,”

Moments later, police emerge, and Jeremy Garnier, 51, is arrested on a first-degree felony charge of making a threat to terrorism. But the incident on Monday night was a misunderstanding, according to friends and fans of Garnier, who are trying to raise money for his legal defence. Supporters of the self-proclaimed performance artist, who has more than 12,000 Facebook followers, say he just played a role and did not intend to hurt anyone. Throughout the live-streamed video, which also shows he gets kicked out of a mall, Garnier repeatedly says he is trying to raise awareness of the opioid crisis.

“When you share this video, let them know that the Joker ain’t joking around when it comes to serious addiction,” he tells viewers shortly before his arrest. “You need to leave that stuff alone and inspire the children not to do it.”

Smirking and flaring his eyebrows, he adds, “And … kill a few people while you’re at it.”

UNIVERSITY CITY, Mo. (AP) – A suburban St. Louis man accused of livestreaming threats to bomb and kill people in a bustling entertainment district while dressed as the Batman villain the Joker has been charged with terrorism.