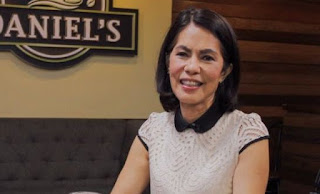 Gina Lopez was an environmentalist and philanthropist from the Philippines. She was renowned all over the world for her tireless job on the environment.

Gina concentrated especially on cracking down on the coal industry and cleaning up the water systems.

She attended the Sacred Heart’s Assumption College and Newton College in Boston and also graduated with a Development Management Master’s Degree.

Gina Lopez, Secretary of the Environment

Lopez used to be the Secretary of the Environment in the Philippines until May 2017. Her nomination came to an end after it was dismissed by the Commission on Appointments.

“The best way to protect the environment is to improve people’s lives. That’s my experience.”

ABS-CBN’s chairperson, Mark Lopez, who is Lopez’s cousin, said she already knew her objective at an era when individuals just figure out what they want to do in life.

She left a comfortable life dedicating her time and energy to assist elevate the lives of other people.

Mark continued, “When she came back to join ABS-CBN, she instilled the same drive for assistance in her individuals.

For her, nothing can be done, no effort is too small, anybody can — and should — do their part in making the world a better place.

Lopez was a distinguished philanthropist and founded multiple charities.

Back in Culiat for another discussion with barangay leaders and other sectors. Time to fly! ❤️❤️❤️ pic.twitter.com/ljMnp2EkwA

Lopez also established Bantay Bata 163 in relation to her job with the ABS-CBN Foundation, which is a help line to help individuals report cases of child abuse.

She also established Investments in Village Economies Loving Organizations, an organisation that aims to lift communities out of poverty by setting up environmentally conscious companies in the region.

Our mistake is when we hope, we forget to receive. In our grasping for something better, we forget to be open. That’s the key to success.

In 2017, Lopez received the Seacology Prize. She was the first to receive the prestigious Seacology Prize from the Philippines. The global award honors someone who has affected their environment by improving it.

Specifically, the awards committee observed her attempts to stop open-pit mining and set up consultations between the Filipino government and indigenous groups. Lopez said she’d be giving charity her $10,000 award. As shown in the above video.

According to Rogue Media, while doing missionary work in Africa, Lopez met her ex-husband. To be evident, for religious reasons, she was not a missionary. She has been a twenty-year-old yoga missionary, traveling through India and then through Africa.

The husband of Lopez was her boss, she clarified in another essay, although she did not explain the precise role he was playing or the point at which they met. They ultimately married, though, and together they had two children.

“I eventually had to go home since I fell in love with my husband, who at the time was my boss. One can’t have relationships with the opposite sex as a missionary.”

Gina Lopez Cause of Death


Gina Lopes died at the age of 65 on August 18, 2019. Lopez has been fighting brain cancer in latest months, according to Rappler, although her official cause of death has been multiple organ failure.

Following news of her death, ABS-CBN Foundation (of which she was the chairperson for many years) released the following statement: